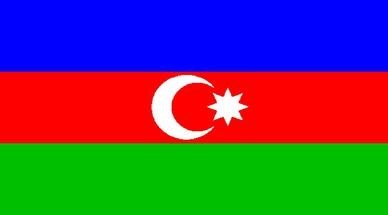 Azerbaijan is one of the places where the global oil industry began. The world's first basic refinery-then called a paraffin factory-was opened in 1823. The first oil field was drilled in 1846. Neft Dashiary, the first offshore field in the world, came onstream in 1951 in the shallow area of the Caspian sea. By international standards the oil wells that dominated the Azeri oil industry fields was the product of Russian empire with primitive infrastructure. With oil resources to be developed in West Siberia the Russians saw no need to devote assets or skills to any activity in Azerbaijan. From the mid-1990s, all that changed. International funds came in on a grand scale. The development of the triplex of oil fields in Azerbaijan's sector of the Caspian Sea-Azeri-Chirag-Gunashli-pushed up production to more than 1 million barrels-a-day by 2010. 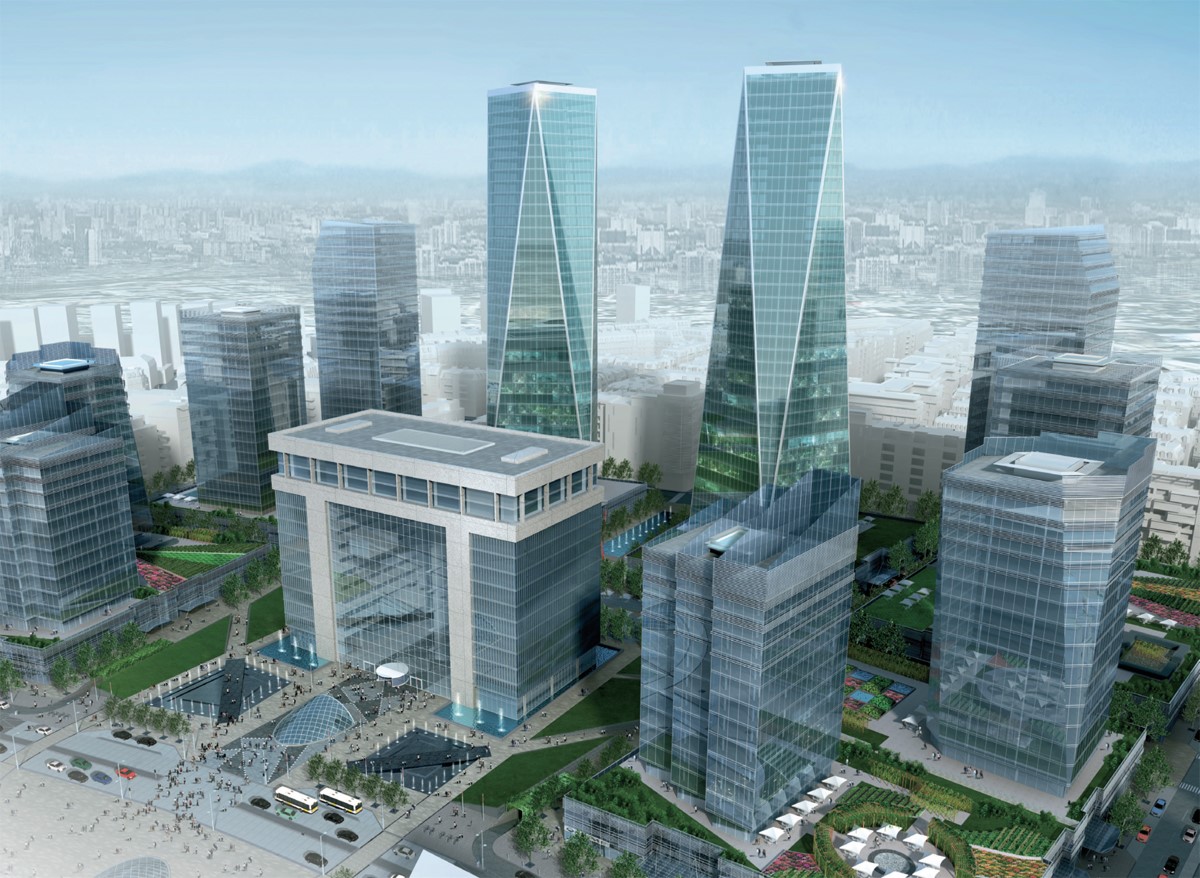 In fact, at the high point, over 800,000 barrels-a-day of oil were being exported through purpose-built infrastructure, including the 1,100 mile line from Baku to Ceyhan on the Turkish coast. Regional tensions with Iran and even Armenia were managed if not solved. Russia has its own challenges and the government in Baku was careful to avoid provoking Moscow. Azerbaijan created its own state oil company, and its own sovereign wealth fund. For a brief period the country became a model of what a successful, oil-rich, moderate Muslim state could look like. But progress has not been sustained. The fall in oil price hurts in Baku, as in so many oil-producing regions. That drop combined with the fear that taxes will be increased has led to a decrease in new investment. At the same time, the attractive prospects in the deeper waters of the Caspian Sea remain unexplored because of the unresolved dispute about offshore borders between neighbouring states. Oil production has fallen and will do so further. Natural gas finds will help meet local needs but output from the second phase of the largest gas project, Shah Deniz, will come on-stream at a time when the international gas market is saturated and further price falls seem inevitable. All those factors pose serious challenges but Azerbaijan's real problem is corruption and the increasingly authoritarian nature of the regime. 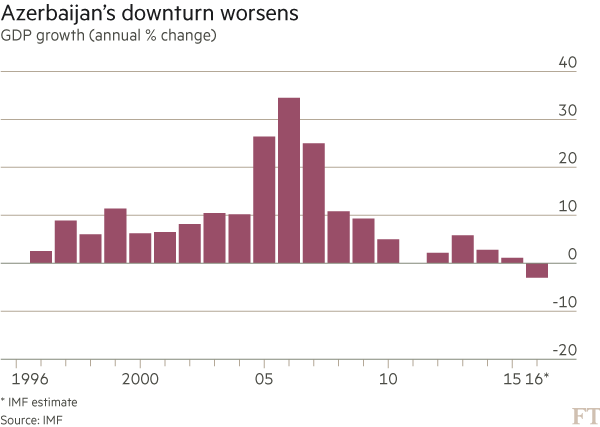 Moreover, Azerbaijan is one of the countries to be hardest hit by the fall in crude prices. The International Monetary Fund anticipates its economy will contract by 3 per cent in the year 2016-17, its weakest performance in more than two decades. But the crash has done more than forces shops to close. It has also shocked Baku into attempting major reforms of its corrupt and oil-dependent economy.