Don't forget to deal with uncertainty, political and economic risk, regulatory structures and institutions in your country of operation.

We are always here for you to vet your service providers.

"In ESIR, we are Dedicated to the oil and gas industry, and our global oil & gas group combine deep practice expertise in their chosen disciplines, sector specialism and regional knowledge. They have a thorough understanding of the industry, its drivers and the issues our clients encounter"

Click on the individual country below for consultancy advise, research insights and data analysis. 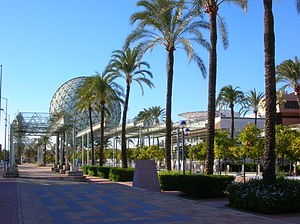 Argentina's efforts to draw more investment into the Vaca Muerta shale play showed signs of paying off in late February 2017 when Shell, and state-owned YPF, struck a $300m deal to launch a new pilot gas project in the area.

In a break with YPF's past shale joint ventures, it will cede operatorship over the project to Shell. Each company will take a 50% share in the Bajada de Añelo block, a lightly drilled area that sits adjacent to the Loma Campana block where YPF is working on a shale pilot development with Chevron and where most shale drilling has taken place. Shell will put up nearly 98% of the pilot programme's initial investment.

Shell has quietly amassed a significant position in the hottest area of the Vaca Muerta and is now one of the largest foreign acreage holders in the play. In 2015, it acquired the rights to the Sierras Blancas and Cruz de Lorena blocks, which also abuts the Loma Campana block, and pledged to spend $250m on early exploration work in those areas. Shell has deep connections in Argentina, where the former boss of its business in the country, Juan José Aranguren, is serving as energy minister. If the pilot projects move to full development, it could see Shell pump billions of dollars into the country's shale fields.

That will depend to a large degree on Argentina's ability to continue improving the investment climate. The Shell-YPF deal came a month after Mauricio Macri's government announced a series of pro-investment measures aimed at winning over foreign investors. 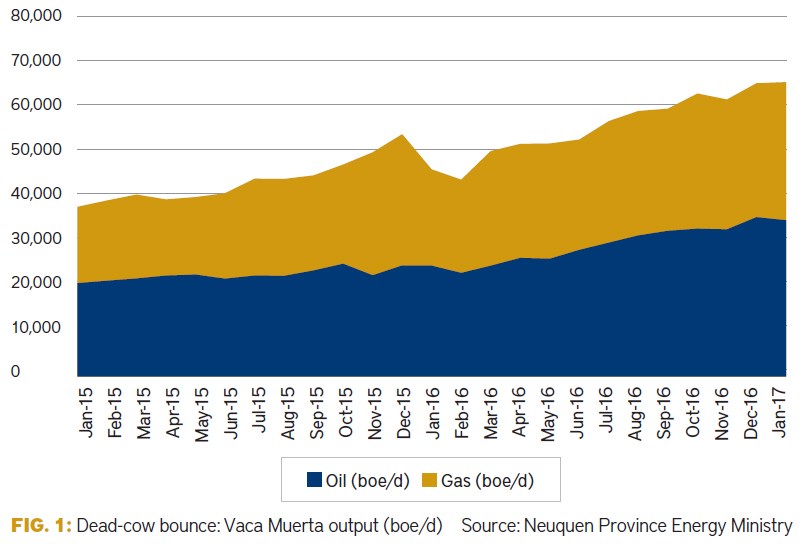 Moreover, the government has struck a deal with oil labour unions, key players in Argentina's industry, to agree to more flexible working conditions. High labour costs are a major reason the country's drilling costs have remained so much higher than in the US, and the government has argued the agreement will help bring these down. YPF data show a well with nine frack stages cost $16.2m in 2013. Now costs have plummeted to around $9.5m for a shale well with 17 stages—still not low enough to be attractive at today's oil prices or to make the Vaca Muerta competitive with US shale plays. In the Permian in the US, similar wells are drilled for less than $7m.

The government also extended a subsidy programme that guarantees a natural gas price of $7.50 per 1,000 cubic feet for all new wells through to 2020, which no doubt helped Shell decide to move ahead with its project. The government has also scrapped taxes on oil exports, an unloved protectionist measure, and pledged to make badly needed investments in the Vaca Muerta region's strained infrastructure.

The oil industry threw their backing behind these efforts, promising collectively to invest $5bn in shale development in 2017, rising to $15bn in the coming years if all goes well. Nearly half the 2017 spend will come from YPF, which plans to spend $2.3bn in the Vaca Muerta in 2017. But Shell, Chevron, ExxonMobil, Total and BP are also pumping in money.

The government is hoping to revive momentum after a disappointing 2016. Total unconventional production inched up from 47,000 barrels of oil equivalent a day in January 2016 to 67,700 boe/d in January 2017, of which 36,400 barrels a day is oil. But other indicators were down across the board. The rig count has fallen by more than half, from a recent high of 110 in September 2015 to just 52 in January 2017. The number of shale wells drilled in 2016 was 113, a 40% fall from the 191 in 2015. Just 73 drilling teams were working in Vaca Muerta in January 2017, the fewest since early 2012 and less than half the mid-2014 peak. Labour unions agreed to more flexible employment terms partly due to this drop in demand for oil workers. They hope an uptick in investment and drilling brings back some of the jobs.

The ultimate goal of developing the Vaca Muerta is to restore Argentina's energy independence. It took a step backwards in 2016. Declines from the country's mature fields were greater than the gains in the Vaca Muerta and 2016 output fell, from 0.53m b/d to 0.51m b/d, though lower international crude prices cushioned the financial hit. Gas output ticked up, but it was plunging international prices that played the biggest role in slashing its import bill from $5.7bn in 2013 to just $1.8bn in 2016, when the country was one of the largest importers of US liquefied natural gas.

The verdict is that, investment in Vaca Muerta has slumped. A deal between Shell and YPF shows government efforts may be turning things around.