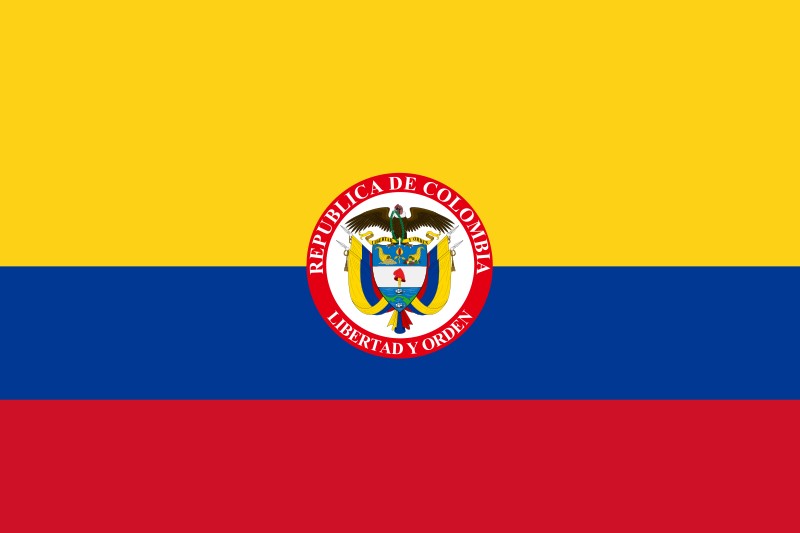 Colombia is a long way from the days when a brutal, long-running domestic insurgency (FARC Rebels) made it one of the most dangerous places in the world for oil producers to operate. As the government has beaten back rebel groups over the past decade, it has cleared the way for an oil rush after the Government-FARC Peace Agreement in August 2016 that will see the country emerge as a major regional energy player. But recent months have shown that security problems still bedevil the industry. 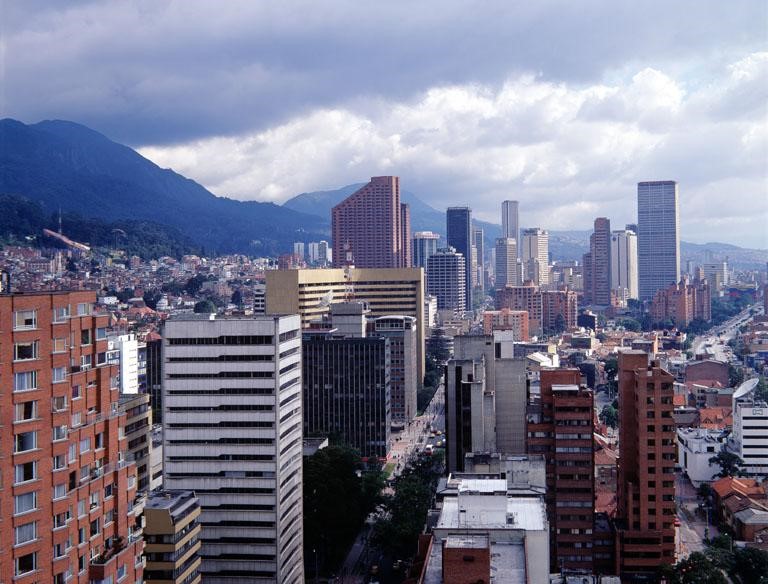 The country's output, a key driver of economic growth, plunged to its lower level in nearly two years in April 2014 after an attack on the Cano Limon-Covenas pipeline forced producers to shut in around 70,000 barrels a day (b/d) in August 2014. Crude output was 935,000 b/d in April 2015, down nearly 10% from a record 1,033 million b/d in August 2014 and the lowest level since August 2012, according to government data. It is the latest sign the rebel attacks on energy infrastructure and deteriorating relations between the industry and local communities have stalled growth in what had been a booming oil sector.

The 220,000 b/d Cano Limon-Covenas pipeline is a crucial artery for crude to move from oilfields in the interior of the country to export infrastructure on the Caribbean coast. But it runs through rebel strongholds and has been a popular target for attacks for years. The hope is for the Government-FARC-Peace-Agreement to hold. 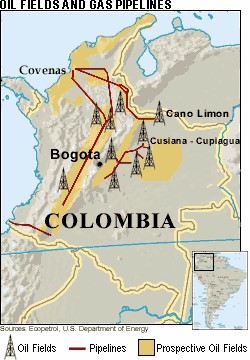 In Colombia, the Revolutionary Armed Forces of Colombia (FARC) plan to hold their X National Guerrilla Conference between 17 and 23 September 2016 to ratify the final peace agreement with the government. The conference is expected to take place in San Vicente del Caguan in the southern Caqueta department. It is likely to be the FARC’s last conference as an armed group and to confirm its transformation into a legal political movement. Both parties are scheduled to formally sign the final peace deal on 26 September 2016. Colombians will have to approve it in a national referendum on 2 October 2016. The agreement is likely to be approved by most FARC fronts and the Colombian population. FARC-related violence is unlikely to resume, although guerrilla-related activity will remain a risk as long as the smaller ELN remains active.

FARC resumed their disarmament and demobilisation process on 1 December 2016 following the Congress’ ratification of the 12 November 2016 revised final peace deal reached between the FARC and the government. The accord’s implementation will not be without challenges. The opposition continues to claim the agreement is too lenient on the rebels and are opposed its approval. President Juan Manuel Santos and the UN reiterated the need to promptly implement the deal to avoid a relapse into conflict. The FARC are expected to be in their concentration zones by 30 December 2016 and by 1 May 2017 they should have disarmed. Although uncertainty levels on the future of the peace process have somewhat decreased, developments over the coming weeks will be crucial to secure the process.

The ELN guerrillas are expected to release former congressman Odin Sanchez Montes de Oca on 2 February 2017. The release was agreed with the government in order to formalise exploratory peace talks on 7 February in Ecuador’s capital Quito. Odin Sanchez, held since April 2016, is expected to be handed over to the ICRC while the government is expected to pardon and release two ELN guerrillas. An agreement to launch formal peace talks had been announced in March 2016, but the process stalled given the ELN’s resistance to abandon kidnapping and to release Odin Sanchez, which became a government condition to initiate the talks. The process appears to be ready to move forward, although further delays cannot be ruled out. Even if talks proceed, the risk of ELN activity will persist, as will government operations against the guerrillas at least until significant agreements are reached.

The coming week will be crucial for the future of Spain’s Gas Natural Fenosa’s (GNF) Colombian subsidiary Electricaribe (ECA), which has been under the control of the Colombian government since mid-November 2016. On 13 March 2017 GNF is expected to meet with Colombian officials to try to reach an agreement over ECA’s future before the deadline of the intervention expires on 14 March 2017. On that day, the Colombian government will have to decide on whether to liquidate, nationalise or return ECA to GNF, while GNF will decide on its position regarding resorting to the ICSID for international arbitration. The EU is reportedly already working to mediate in the conflict at the request of the Spanish Confederation of Business Organisations (CEOE). Both parties have recently vowed to reach a mutually beneficial agreement, although this cannot be entirely guaranteed.

In Colombia, the left-wing ELN guerrillas and the government are scheduled to begin the third round of formal peace talks in Ecuador’s capital Quito on 24 July 2017. In late June, both parties agreed to discuss a potential bilateral ceasefire agreement in the new round of talks which will last until early September 2017. They also agreed on plans to form a special panel to assess whether conditions are adequate to implement the ceasefire and put an end to hostilities. The ELN for the first time stated it would be ready to abandon hostilities against civilians, including kidnapping, a key government condition to implement the ceasefire. Attacks against key energy infrastructure and the enrollment of minors are also among the actions the government wants the group to halt before the bilateral ceasefire is implemented. Despite ongoing negotiations, attacks will remain likely at least over the coming months.

In Colombia, the government and the leftist ELN guerrillas began a temporary bilateral ceasefire on 1 October 2017 scheduled to last until 9 January 2018, with the possibility of an extension. The agreement, the first in over 50 years of conflict, is the most important achievement since ongoing formal peace talks between the parties began in February 2017 in Ecuador’s capital Quito. ELN commander Nicolas ‘Gabino’ Rodriguez ordered the guerrillas to respect the agreement. The ELN has said it will stop kidnappings, the enrolment of minors, attacks on key energy infrastructure and the use of anti-personnel mines. However, complete compliance cannot be guaranteed. Developments over the coming months will be crucial to assess the potential for the formal peace talks and the prospect of reaching a peace agreement in 2018, although the process has the potential to last longer.