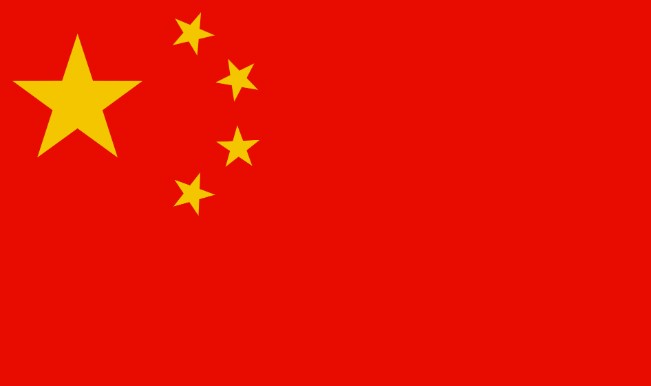 "After a decade of rampant growth, the Chinese economy is cooling. The way the country uses energy is changing too." 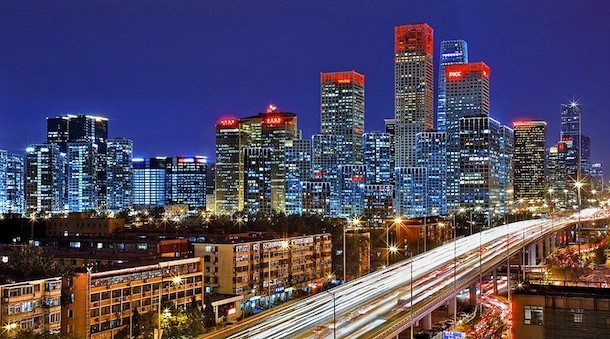 China has been hovering up cheap crude for its strategic petroleum reserves. The use of steep drop in the oil price to accelerate the filling of its Strategic Petroleum Reserve (SPR), a stockpile of crude set aside to help them ride out disasters or war.

But putting a figure on exactly how much oil is in the SPR is notoriously difficult. Unlike other countries, Beijing considers its SPR a state secret and rarely discusses it. The government has said that it aims to hold the equivalent of 90 days of net imports, the standard for International Energy Agency (IEA) member countries by 2020. Assuming imports rise to around 8 million barrels per day (b/d) by that time, the country would need an SPR holding of around 700 million barrels to reach the target.

But it still has a long way to go. In November 2015, the government acknowledged, for the first time, that the first phase of the SPR, holding around 100 million barrels at four sites along the east coast, was completed. The government appears to be using the most recent price decline to pour more cheap crude into the SPR's second phase. However, shifts in China's economy mean the days of fast-paced consumption growth are nearing an end. 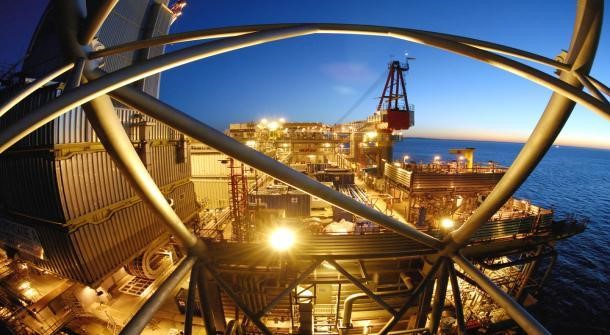 The Chinese economy expanded by 6.7 per cent in Q3 2016, in line with the government’s target for the year overall. However, there are questions over the accuracy of the data, and it remains possible that growth is up to 2 percentage points lower. Even if the figures are accurate there are concerns over how much energy imports China need to power its economy in Q4 2016. Credit growth continues to grow faster than GDP, and real estate prices are still expanding at unsustainable levels. There are fears and jittering in the Chinese economy that investor are selling energy stocks to purchase real estate assets. There are minor signs of rebalancing, although vulnerabilities continue to grow. Slowing credit growth risks hampering growth, and at least thus far Beijing appears to be prioritising to maintain the economy’s expansion over addressing longstanding vulnerabilities. While a ‘hard landing’ is still unlikely, without an acceleration in reforms, risks to China and the global economy will continue to rise.

Sinopec - putting the house in order

As the Austro-American economist Joseph Schumpeter famously argued, recessions are good for business because they force management to achieve more with less. "Creative destruction" was the term, and it applies neatly to China's state-owned Sinopec, the biggest refiner in Asia and the country's second-largest producer of oil and gas by volume.

At last equipped with a new president -- the post was left vacant for more than a year -- Sinopec has been spending heavily on its downstream business; a quest for higher-margin sales from its chemicals and other value-adding divisions. And, while not neglecting the upstream, China's petrochemical giant spent much of 2016 building up its retail businesses and customer relationships in ways that are clearly intended to help it navigate a prolonged period of low crude prices.

The job of guiding the company into an uncertain future has fallen to 52-year-old Dai Houliang, the long-serving chief financial officer who was appointed to the top position in August 2016. Dai landed the presidency, which is effectively general manager, as Sinopec recovers from a leadership crisis following the arrest in 2015 of former president Wang Tianpu on bribery and corruption charges, part of Chinese President Xi Jinping's crackdown on graft. (In November 2016 Wang reportedly pleaded guilty to accepting 33m yuan, or about $4.7m.) The new manager is an engineer who rose steadily through the ranks. He held down several senior positions over the past 18 years, including that of chairman and president of Yangzi Petrochemical company, before moving to head office in Beijing where he started as deputy chief financial officer.

Faced with intense competition from independent refineries in a saturated market, Sinopec is focusing on higher-margin gasoline and kerosene

One looming question is whether Dai will be expected to push through a merger with PetroChina, the other state-run oil giant. It's thought that President Xi wants to fold the two groups together - part of a plan to wring some efficiencies in the face of low crude prices. Like Sinopec, PetroChina is slashing costs to achieve acceptable profits in a tough market.

Dai's hand can already be seen in tight financial management. In the first nine months of 2016, net cash flow from operating activities rose 13.3% (131.7bn yuan compared with last year's 116.2bn yuan). Without that, the 11.3% slump in operating income would have been worse. So would operating profit, which actually improved, rising by 4.2% to 51.4bn yuan. In another indication of how Sinopec managed to squeeze more from less, return on net assets rose by 4.4%.

But these figures flatter the group. Sinopec got a huge boost from a state-imposed floor put under the price of fuel and other consumer products that helped to account for the $10.72-per-barrel refining margin, 54% above the average in 2015, that was achieved by listed subsidiary China Petroleum and Chemical Corporation. Driven by a sharp jump in the consumption of gasoline and kerosene, this sector grew by nearly 4.4% while diesel consumption slipped.

Despite low oil prices, Sinopec continues to invest heavily in the upstream. Deploying a budget for exploration and production of 9.2bn yuan out of total capex of 25bn yuan in the first nine months of 2016, the company has focused on three fields: the ultra-deep and technically challenging Tahe, in Xinjiang region; Beibu Gulf, on the Vietnam border; and the Yin-E Basin, in Inner Mongolia.

Most of the exploration and production budget, however, was poured into the development of the second phase of a shale gas project in Fuling and into two liquefied natural gas terminals: one in Guangxi, in the south of the country, and the other in Tianjin, southeast of Beijing. The gas pipeline linking Jinan and Qingdao also received an unspecified part of the budget.

To cut costs, Sinopec stepped back from some of its more difficult fields, crimping its production by just over 8%, to 322m barrels of oil equivalent. Falling crude output, which dropped by 12.5%, accounted for most of this reduction, while natural gas production rose by just over 5%.

Faced with intense competition from independent refineries in a saturated market, Sinopec is focusing on higher-margin gasoline and kerosene. While turning down the taps slightly - refinery throughput fell by 1.72% --the company managed to boost sales of higher-grade gasoline (up by just over 3%) and jet fuel (4.3%), which helped compensate for a 6% slump in diesel sales.

The virtue of targeting the top end of the market is reflected in revenues. Sinopec's refining business posted earnings before interest and tax (ebit) of 43.5bn yuan, a staggering rise of 183%. That more than justifies the 5bn yuan in capex pumped into the refineries, mainly to improve the quality of gasoline and diesel. In the retail race, Sinopec also splashed nearly 6bn yuan in the downstream, on projects including an upgrade of its chain of service stations.

Chasing higher returns in chemicals, Sinopec earmarked 4bn yuan for the division. Clearly excited about the potential for adding value, the group managed to lower the cost of feedstock for ethylene. Although production of ethylene fell by nearly 2% last year in 2016 to 8.1m tonnes, overall sales from the chemicals division jumped by over 11%, to 50.5m tonnes. Chemical sales posted pre-tax earnings of 19.1bn yuan, almost a 9% increase. Sinopec now believes it's reaping the rewards of investing heavily along the entire value chain including in the manufacturing plants.

"This has achieved great results," the group said. "We strengthened research and development, production and marketing capabilities of new high value-added products, with performance polymer ratio reaching 59.7% and the differential ratio of synthetic fibre reaching 84.8%."

In a flat upstream market, this is the right direction for Sinopec, according to Moody's, a ratings agency. It rated the group's latest issue of unsecured dollar notes, mainly to refinance debt, as Aa3,. "The strong profits generated by Sinopec Group's downstream business will offset the impact of low crude oil and natural gas prices on its upstream exploration and production businesses," the agency said in September.

But Sinopec is also expanding its global operations. Although it's early days, the collaboration with Argentina's state-owned YPF could be significant, particularly in the Vaca Muerta shale project located in the Neuquén Basin. With around 16bn barrels of oil and 308 trillion cubic feet of natural gas, the basin holds much promise for the partnership. Details of the collaboration are somewhat thin, but YPF says it could lead to other projects in Argentina.

As Sinopec heads into 2017, its not-so-secret weapon remains state ownership. Without the virtual guarantee that the government will do whatever is necessary to support its flagship petrochemicals group, Moody's would not have bestowed its Aa3 rating. Much, though, still depends on oil prices. As the agency warns, Sinopec could be downgraded if Brent prices fall below $45 a barrel in the next 12-18 months. Without a healthy price for its main product, there's only so much creative destruction that a company can achieve.

On 1 August 2017, China will celebrate the 90th anniversary of the founding of the People’s Liberation Army (PLA) that defeated Nationalist forces to secure China for the Communists in 1949. On the day President Xi Jinping will inspect troops during a major parade in Inner Mongolia, but in recent months the PLA has increasingly gone beyond pageantry and acted with belligerence towards regional neighbours. A tense six-weeks long border standoff continues with India in the Himalayas. In July 2017 PLA jets made repeated incursions into Taiwanese airspace and buzzed a US recon plane in the East China Sea. Reports suggest it also threatened to Vietnam over the latter’s attempts to exploit oil in the South China Sea. With its budget increasing roughly seven per cent each year, the PLA is increasingly confident in its abilities, and more willing to flex its muscles to neighbours.

With Chinese troops currently facing off against Indian soldiers in the Himalayas and US President Donald Trump exchanging trash talk with North Korean despot Kim Jong-un as if potential nuclear conflict carried the same levity as a wrestling show, the South China Sea has garnered less attention than usual recently. This may well change. Rumours circulated on 14 August 2017 that a drilling ship that the Vietnamese government had approved to search for oil in its Exclusive Economic Zone had been spotted in a Malaysian port, suggesting that Vietnam had given in to Chinese demands that the drilling cease. China claims the waters fall within its spurious ‘nine-dash line’. If the rumours are true, the move may well spark public protests in Vietnam, where anti-Chinese sentiment remains high. In exchange for conflict with China, the Vietnamese government may face the wrath of its public.

Chinese banks are expected to continue to be subjected to greater scrutiny than in previous years, with Shanghai Pudong Development (SPD) Bank the latest to be fined for corrupt practices by the China Banking Regulatory Commission (CBRS). On 19 January 2018 SPD was fined US$72m, one of the largest fines in Chinese history, and had five senior executives banned for illegal lending practices at its Chengdu branch. The branch is alleged to have collaborated to establish 1,493 shell corporations and hid around US$1.65bln in non-performing loans. The fine came shortly after a 17 January 2018 interview in which CBRS chairman Guo Shuqing told the People’s Daily that the crackdown on corrupt banks will continue. In 2017 the CBRC imposed over US$450m in  fines on banking institutions and charged 270 individuals with offences. The crackdown is expected to intensify as the CBRS hopes to manage risks stemming from bad debt, shadow banking and weak internal regulations.